Well long time no blog. Happy new year to all!

Some progress has been made with the scratch-building of steel wagons as well as some other acquisitions recently.

I am still building up a fleet of steel carrying wagons with a special focus of the various NODY type wagons. Previously I was building the frames and decks from scratch; as this is an arduous process I have switched to using AR Kits BDX underframes. They are slightly shorter than the NODY but the bogie centres are almost identical (according to NODY drawings published in Australian Model Railway Magazine (Issue 181, August 1993) so as far as I'm concerned they are very fit for purpose and come up quite nicely once they are slightly lengthened. 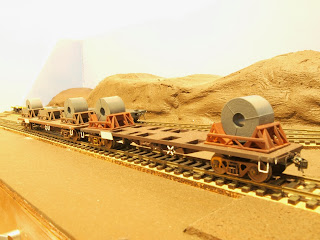 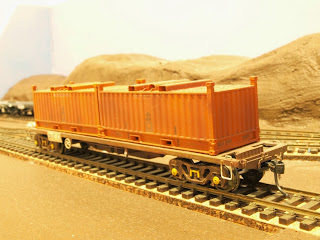 I also recently purchased a pack of National Rail NQSY/RQBY wagons from SDS models. I was hesitant about these wagons at first as I thought they are easy enough to kit-bash from AR Kits wagons. However the level of detail and finish are fantastic so I will be adding to them in the future. Also I was finally able to get a pair of Auscision Toll 40' containers and a pair of Interlink 40' containers. As can be seen apart from the unprototypical cleanliness of the wagons and containers, they go together fantastically. 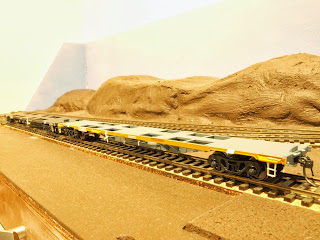 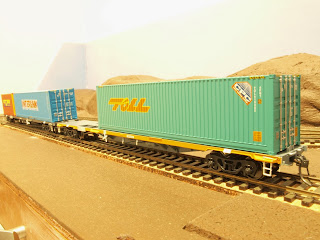 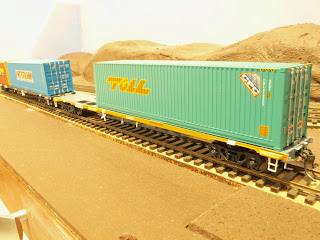 One I have been waiting on keenly for some time; the AN's have always been a favourite of mine and Auscision have done a brilliant job with them. It's a shame that the prototypes are relegated to trailing units; alas that won't be happening on any layout I control. 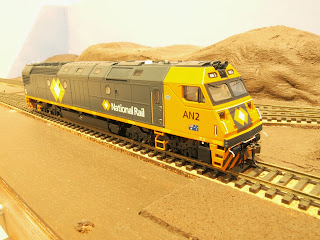 I have also progressed on the detailed NPRY wagons; having previously painted this one in Freightcorp colours (after all the usual modifications as per the previous blog posts) I added the 'wash' of greeny-grey grime to the sides. What is left is a dusting of lighter grey for cement over the body and road-grime for the underframe. The technique will be the same. 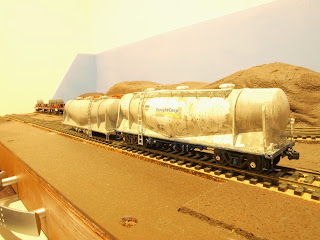 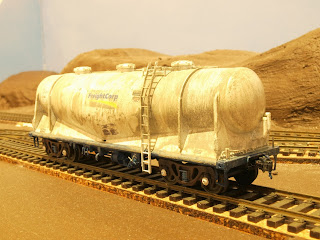 
Finally the Auscision NHRH wagons. These wagons have been another favourite of mine since they were delivered to Freightrail in 1993 (and funny enough they were sent out together with AN2). As much as they need weathering to better represent the prototype, for now they will stay pristine. Once a permanent layout is set-up, they will have their draw-bars and rubber hoses fitted between the wagons. 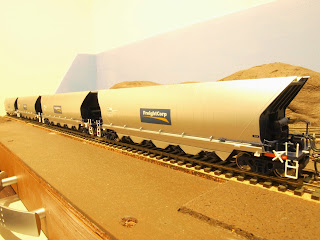 And finally, this has been the first post I have used the diorama as a backdrop. Though it is far from finished it has progressed a lot. I did have photos on my phone of the construction of the hills, but they were lost when it wiped its own memory. I used a somewhat unique technique, in that I sprayed expanding foam (about $6 a can from hardware stores), allowed it to dry, shaped it then covered it all with kitchen wipes dipped in plaster. The aim was to keep the weight down whilst having a rigid landscape. The result is pretty satisfying, and it is quite robust, especially when the board is being carried around and the edges are knocked into doorframes.
The backdrop is simple 5mm MDF painted a sky-blue colour. Track is Peco code 75. I have made provisions for remote turnouts but they haven't been wired up yet. One day. 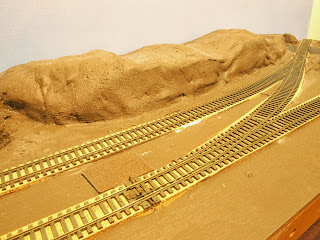 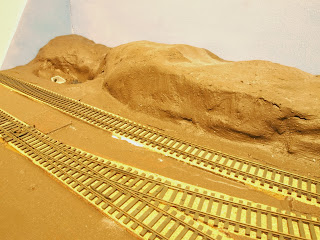 A stormwater holding basin with culvert. I cut a hole in the baseboard with a jigsaw, draped tap over the opening then covered it all with the plastic dipped kitchen wipes. 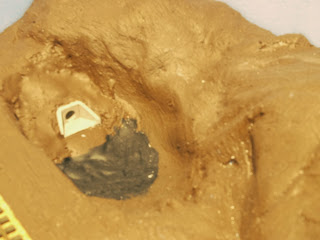 So these were my rollingstock purchases/builds for the remainder of 2013. Early 2014 will see more to come!
Posted by bigdirtyfreighttrains at 17:13